Years ago I bought Paul a DVD collection on the 7 greatest engineering feats of the 20th Century. One of those recognized was the Panama Canal. It was an inspiring story of persistence, ingenuity, and ultimate sacrifice.

Now living in the United States we had a cruise to use and decided on a cruise through the Panama Canal visiting Central America on the way. For Paul it was an amazing life dream to go through it and I have to say I was also a little excited to witness the spectacle.

I won’t go in to the history of the Canal but as I said it was a story of persistence, intrigue, ultimate sacrifice of many who gave their lives not only in the building and landslides etc but also from yellow fever. Gorgas, the chief sanitary officer, eventually led the way in creating a healthy environment which helped stem the tide of deaths from this mosquito borne disease.

We stood on the deck and watched the sun rise around 5.30 am along with a few gathering observers. Taking the best position we could we watched as the ship sailed skillfully into the harbour amid the rolling tropical mountains on either side.

There are now 2 canals the latest one built to accommodate wider, larger vessels including aircraft carriers. The cost to traverse the canal is phenomenal to the ship owners, and requires years for advance bookings!

I have always found locks confusing but we had a wonderful narrator and position to watch as we waited and then were led up into the first lock by the “mules”, little electric carts that act as guides pulling their cables like cotton connections, relative to the size of the monoliths passing through.

The bravest most daring thing we saw all day though was two men in the smallest of row boats collecting the lines from the ship to hook up to the mules. We all held our breaths as we watched them disappear out of view under the decks only to reappear victorious rowing for their lives as the bow of the ship surged passed,  her lines now connected to the mules. We could only wonder why in this day and age a safer method could not be developed! I wanted to know how much they got paid!

All day we stood transfixed with the ever growing numbers on the bow, only stopping finally to have food and drink, (and toilet break) around lunch time and get some extra sun protection from the now tropical sun bearing down on any exposed skin.

The most profound section for me was where the landslides occurred, persisting to this day . The area swallowed thousands of lives as they carved their way through mountains to the Pacific Ocean.

Ghosts seem to wave from the hillsides as we glided through. These men and their families suffered yet persevered. I considered the leaders who led and succeeded, or failed along the incredible journey for the sake of posterity: an inspiration to aspire to.

It wasn’t just a day of watching but also of reflection on how any task no matter the size requires all of the above criteria – ingenuity, persistence, and sacrifice.

Paul finally had his fill of our crossing about 6 pm that night as we watched and waited for the city lights of Panama City to light up the surrounding hills, showing us the modern life built on the blood, sweat and tears of many before them.

We left the deck, in awe of the dedication of those before and those now who continue to build and work for the generations to come. 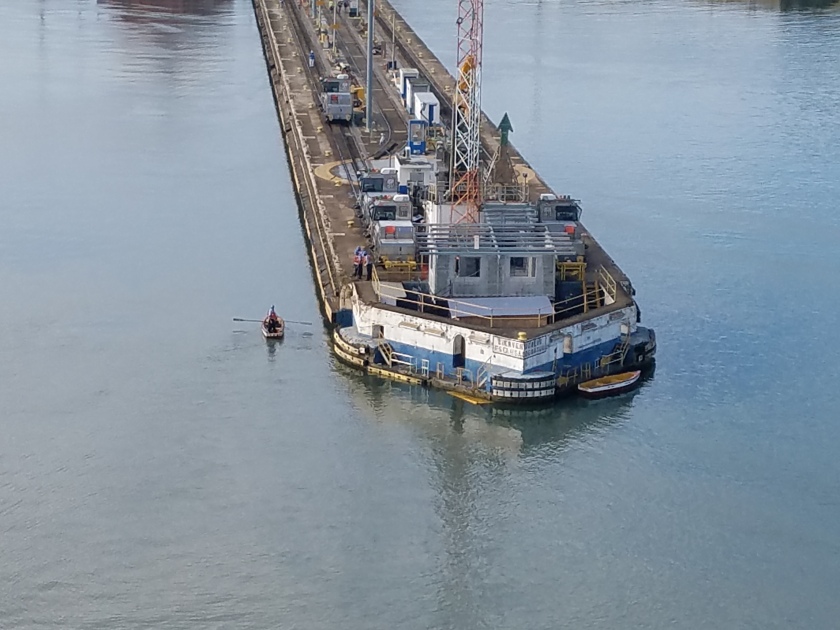 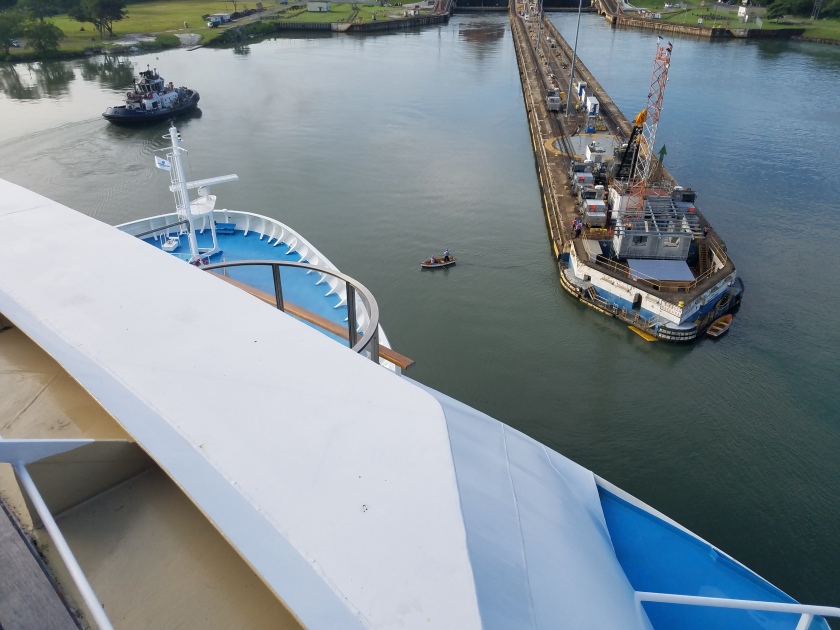 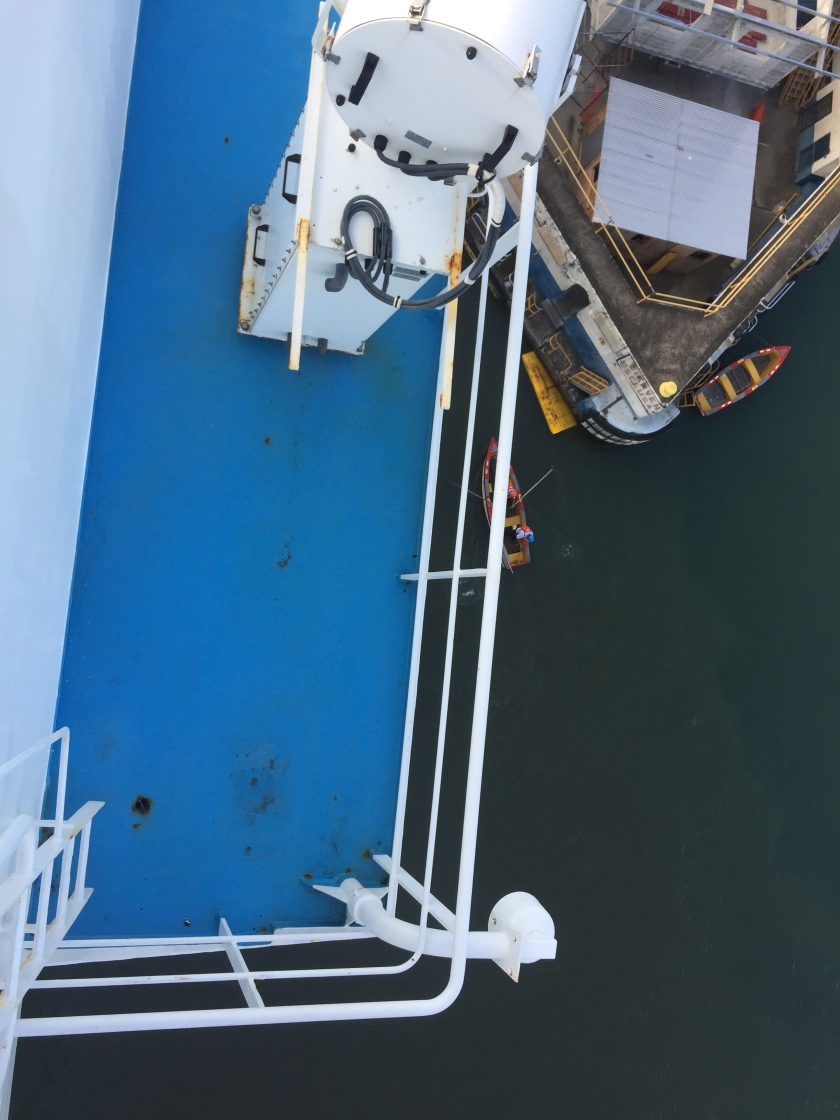 ships passing in the day

getting a little more sun!

The area of landslides

Over 60 heading to the 70 mark! Loving and living life in all of its craziness and fun. A believer in Jesus Christ as my Lover, Healer, Deliverer and Friend as well as Saviour of the World - My world in particular! Wondering what journeys are coming my way. View All Posts

One thought on “Panama Canal”

A Time to Move – A Time for Change

Keeping on Top of Attitudes

Camino – How to Get There