I think if you have a good marriage you are less prone to many of the other stresses of life which cause dis-ease and sickness. Hope deferred makes the heart sick. I am not saying that married couples are healthier than singles I am just saying that being in a happy relationship is definitely a healthy way to live.

Someone asked me the other day what did we do to have a good marriage?

I had to stop and think about it. There are quite a few answers to that one but I guess the first one comes from what I carried down the aisle on our wedding day 39 years ago instead of the traditional wedding bouquet – A Bible. A bunch of flowers is lovely but are a bit like some expectations after the wedding – Nice for a day but die quickly thereafter. I wanted something that would reflect what I wanted from my entire marriage not just the wedding day…a foundation of Truth.

We had decided that at the very outset, the Word of God was our foundation. We also really only sang one song during our service – Turn your eyes upon Jesus which is what we have done over the 39 years (41 now).

We never started off on an easy footing. We were both young. I was 17. He was 20. We were dirt poor. We both carried incredible baggage. We were both insecure in many areas. We both were determined – in good and bad ways. We both loved the Lord.

There have been some really hard times where divorce could have been an easy out. I guess I was particularly proud and determined not to have my parents and others say, “I told you, you were too young.” I was also determined that the enemy would not have his way in destroying yet another marriage.

I believe the enemy, Satan, has been trying to destroy two institutions ordained of God for millennia – marriage and the church. So we did not want to be a statistic and we have fought hard to keep our marriage together and strong.

I also know we are often our own worst enemies, desiring our own ways, living for ourselves and not desiring the best for others above our own needs. This spells disaster to any relationship.

There have been a lot of learning experiences but these would be my top 10 steps if applied, for a relationship to survive .

Keeping your marriage healthy and fun will aid a long way to keeping you each healthy. So plan to make this year a turning point in your marriage and enjoy the experience.

Recently I paid a return visit to Haiti. As an Australian staying in the United States we are required according to our visa waiver conditions to leave the country for an unspecified period of time every 90 days. My daughter who runs a not-for-profit organization in Haiti had been trying unsuccessfully for quite a few months to get back down to see her girls. So we all decided to head down there as our exit strategy.

The last time I was there it had been an extremely challenging year with our grandson newly diagnosed and under treatment for leukemia and I was exhausted. I was also not personally feeling well so this trip was nice to follow up with.

Haiti is a country that defies many minds and hearts. It was the first country where slaves gained their freedom but it came at a great cost. Countries set embargoes against them, during that period in the 1800’s until recent times, causing incredible challenges to this small country.

Slavery although abolished still thrives though with children and women at risk of exploitation. Greater minds then mine have tried to find a solution but despite all the huge financial amounts of aide this country has seen come and go, it still suffers with insane poverty and all of the issues that festers.

Naomi and the many other organizations though that create work and good working conditions for her girls, including health and regular income, is helping to change the lives of those around there.

There are so many complex situations though including the one of escouad  or pooling of finances. One person gets it all one month and so one. So virtually you would get paid once a year in the case of Naomi’s 12 girls!

My heart breaks when I see the hardship of so many families around the world who all they want is a better life for their children!

I loved visiting with them but now starts the hard work of selling their goods so that we can send more of the profits down to them. Our next goal, is to build them a functioning kitchen that will provide a place for them to cook out of and sell food.

They are also keen to learn hair dressing skills to supplement their incomes and help provide skills to improve life for the next generation.

So lots to consider. If you can consider purchasing some of the amazing jewellery and metal work from our site! You can change a life!

Until next time enjoy the laugh of this little one. He was tickled with the blocks of wood cast offs Paul gave him! 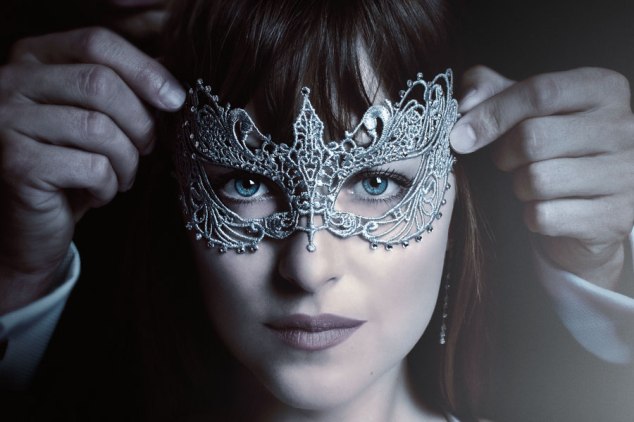 I remember a conference I was at a few years ago for internet marketing. The training led to examining such sites as Second Life where people live as avatars in a fantasy world but pay in real dollar terms. As of 2013 it had over a million users engaging in this fantasy world.

The discussion led to other sites where avatars engage in violent sexual acts on-line. During the discussion some ignorant person commented and said, “Well at least it keeps them off the streets and from acting out.”

Why do I say ignorant? Because these people obviously do not understand the phases of addiction. As a counsellor and former manager of a rehab, I have seen and studied addiction and addicts. What initially gratified will eventually no longer satisfy and a stronger more potent form will be required to try to reach the first “hit”- but will rarely succeed.

Why do I broach this subject that is already so widely discussed?

Recently I noticed an article regarding the views of 15 year old girls and how they are handling or not handling the epidemic of pornography from their young male peers and the pressures they are facing in terms of sexual relationships. I was so saddened to hear the depth of expectation to perform sexual exploits to have a relationship.

I remember as a 15 year old the pressures around then,in terms of magazines, books etc. that opened the mind and eye gates to pornography. Now there are so many more avenues to contend with, for not only young people but older people also.

When we have such movies and books as 50 Shades so sought after by women – I have to ask myself two questions – Why? and When?  Why would women support such violent relationships being portrayed and then cry “foul” when men are confused with “NO”! When will we learn that what we eat we become! What we watch and read – well……I am still in shock as to how many women have sought after this book and movie, including young Christian women  with the reasoning – “But he loves her.” Sorry people wake up! This is a lie from the pit and  not the kind of love anyone should aspire to!

Lust and its acts are never going to be contained without Christ – we are human and it is a condition of sinful man, but when we see laws abolished or not upheld with limited prosecuting of those who participate or sell pornography; magazine placement in stores go unchallenged or un-protested; TV shows, questionable movies and books supported by viewing and purchasing;  we can be assured we will reap the results. Violence against women and children increases. Unplanned pregnancies of teenage girls, and subsequent abortions rise. STD’s continue to plaque the population. We reap what we sow!

I love it when I hear of young people who have kept themselves for marriage and marriages that are untouched by the smell of the fire of lust.

I don’t stand in judgement of those who have failed in those areas, because it is only by grace that any of us stand, and I know the pain of these failures, but I pray for a standard and a voice for righteousness to arise to see this flood of lust and greed stemmed. I say greed because the bottom line is they are only selling what the market demands!  And it is not just those who call themselves non-believers. I have known men in church life to visit prostitutes regularly or struggle with pornography in a big way!

Pornography does damage on so many levels: Lives shattered, physically, emotionally, and most importantly – spiritually. Paul and the other apostles warned us constantly to withdraw from sexual immorality, in whatever form that comes.

We know though that when we repent we have someone who is faithful and just to forgive us of our sins! He can set us free from the bondages of sexual issues.

We will never see a complete demise of sexual deviancy in this world, because it is a matter of sin but we can alert our young people and remind ourselves of the need to guard our hearts always and start to speak up for purity!